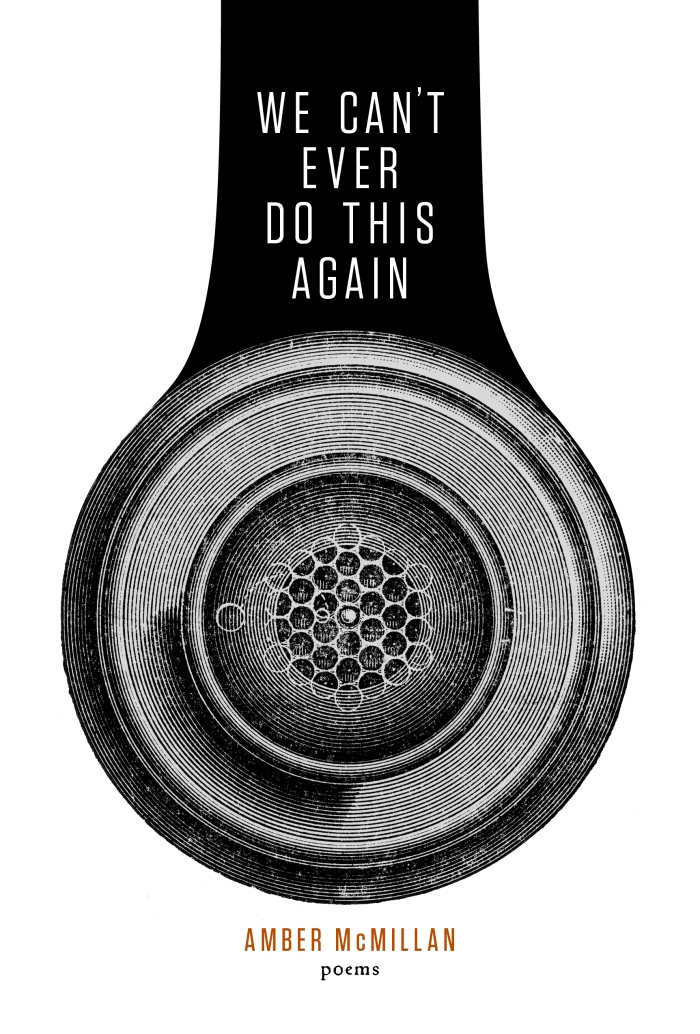 Readers who are not comfortable with poetry tend to feel they don’t “get it,” partially because they’re looking for the kinds of answers that many poems refuse to provide. Another way of saying this is that poems tend to solve different kinds of mysteries than works of fiction do. Amber McMillan’s “The Light I’ve Seen in Your Hair I Have Found in My Own Hands” made me think about categories of mystery. You’ll see what I mean in a minute.

I still hear rumours about the dead fox

we found nailed backward and upside down

from the rafters of Jenny’s tool shed

at least three or more summers ago.

The rusted nailheads, its entry wounds,

were tucked from view beneath the slim

lip where the roof meets the open air.

It did not occur to me then we were stealing.

The jury-rig of the undiminished memory,

tripped up by emergency, is the steady

nursing of the conditional – the tedious

combinations of all possible outcomes.

That summer I told you no instead of almost.

I should have said very very close.

— from We Can’t Ever Do This Again, (Buckrider Books 2015) used by permission

McMillan starts with a pretty clear description: a dead fox that the speaker and a companion discover grotesquely displayed in Jenny’s tool shed. The speaker’s attention gets close enough to the animal to pinpoint where the rusty nails have been hammered into place. Most readers wouldn’t say this part is confusing, but there are plenty of unanswered questions: who did this? Why? Was it an act of mischief or threat? How did the speaker feel about it, apart from fascination? And why is she still hearing rumours about the fox years later?

Some of these questions we might be able to figure out with some careful re-reading: the rumours are probably connected to the “who did this?” question, which apparently has not been answered. The fact that people are still talking about the event three-plus years later reminds us of what a singular, cruel act it was, but we already knew that from reading the description. The persistence of the rumours also lets us know that the speaker is still connected to it somehow.

But then things get a bit stranger. “It did not occur to me then we were stealing.” Does this imply that the speaker and her companion took the fox from its perch in the rafters? Is that what they were “stealing”? That would explain her attention to the nails in its fur. But why would this be considered stealing? Perhaps they did it without Jenny’s knowledge? Did Jenny mind? The situation, at first a bit dark, now seems downright weird. Poor Jenny and her tool shed!

(By the way, what’s the deal with poets and dismembered animals? This one reminded me of the decapitated goat in Bridget Pegeen Kelly’s terrific poem “Song,” but there’s also Elizabeth Bishop’s “Fish,” William Stafford’s deer in “Travelling Through the Dark,” Philip Levine’s pig in “Animals Are Passing from Our Lives,” Philip Larkin’s “Myxomatosis” – weird.)

All of this I would call “narrative mystery,” the confusion that we have when we’re trying to figure out just what’s going on in a poem or story. Novels and movies use this kind of mystery all the time, of course, to propel us through the action, and the eventual clarification of the mystery is one of fiction’s pleasures. In genres like detective fiction, you could argue it’s one of the chief pleasures. But a poem is under no obligation to solve narrative mystery – the uncomfortable situation with the fox hanging in the shed, and what the speaker did with it, is dropped, because it turns out the fox is only a trigger in the poem for a different subject altogether.

I’m going to skip the next sentence for a minute and go straight to the end. “That summer I told you no instead of almost. / I should have said very very close.” To a certain extent, we suddenly understand why the speaker has brought up this memory: she’s re-thinking her relationship to “you,” the person being addressed in the final couplet, who must have been with the speaker when she discovered the fox.

But now we’re back to mystery: WHAT should she have said “almost” or “very very close” TO instead of “no”? If this were a novel or a story, we’d need to find out the details, but in a poem, it’s enough to know the emotional repercussions of the no. The way I read it, the implication is romantic, or sexual – I’m imagining a range of questions for which “no” and “almost” and “very very close” are logical but also important answers: Probably not “Do you have enough cash to buy my car?” More like “Are you ready to get married?” or “Do you love me?” or “Do you want to sleep together?” or even “Did you come?” Whatever the question was, her answer changed the relationship forever. If she had told her companion that she was very very close to saying yes, then the no wouldn’t have seemed so final and everything would have been different. We can project a whole series of events that might have followed. We could write this story, though it wouldn’t be as compact or as arresting as the poem is. So while we don’t solve the narrative mystery exactly, the emotional mystery is clarified. We’re in the realm of memory, regret, and curiosity.

This returns me to the previous sentence, the most complicated one and the one that, when I first read the poem, I blew past without retaining a lot. If I’ve referred here to narrative mystery (what’s happening?) and emotional mystery (how does the speaker feel about it?), here we have something more like logical mystery (what’s she saying?). Let’s unpack the sentence and see:

The jury-rig of the undiminished memory,

tripped up by emergency, is the steady

nursing of the conditional – the tedious

combinations of all possible outcomes.

We have an “undiminished memory” that’s been “jury-rigged,” patched together from the materials at hand. Already that’s odd – if the memory is “undiminished” then how has it been “jury-rigged”? The way I understand it, the memory of the fox has been jury-rigged to the emotional memory of the failed relationship. The speaker knows that linking the two episodes is “the steady / nursing of the conditional,” a way to continue wondering about other “possible outcomes.” Even if her imagination keeps finding them “tedious,” she keeps going back, picking the scab.

I’m not sure what emergency “tripped up” the memory again for the speaker, but it’s clear that it’s not the first time, that this disturbing moment with the fox carcass, a memory she cannot push out of her mind, has become linked to the memory of a crossroad summer that could have ended differently. The poem becomes about what can’t be undone – the fox can’t be reanimated, the past can’t be recovered. And now, too, the mistreated fox carcass is irrevocably connected to a woman’s memory of a romantic near-miss, a time when a slight change of tone might have led to a completely different future. Her acknowledgement of the weird artificiality of that linking – the jury-rigging – is the toughest part of the poem to break open, but it is also my favourite moment. It’s the part when the poet emerges to give us a wink about what she’s done.

This is something poems do a lot that fiction rarely does. If it’s true that poems often don’t have time to clarify narrative mystery, and sometimes force us to work awfully hard to understand emotional mystery and even logical mystery, they are much more open to revealing artistic mystery, the acknowledgement of how a poem works. Strong poems like this one are willing to point to their own scaffolding, like a magician who is so good at what she does that she can explain the illusion while she performs it, and we are still amazed. She can’t separate the two memories in her mind, and now, neither can we.

One thought on ““The Light I’ve Seen in Your Hair I Have Found in My Own Hands,” by Amber McMillan”