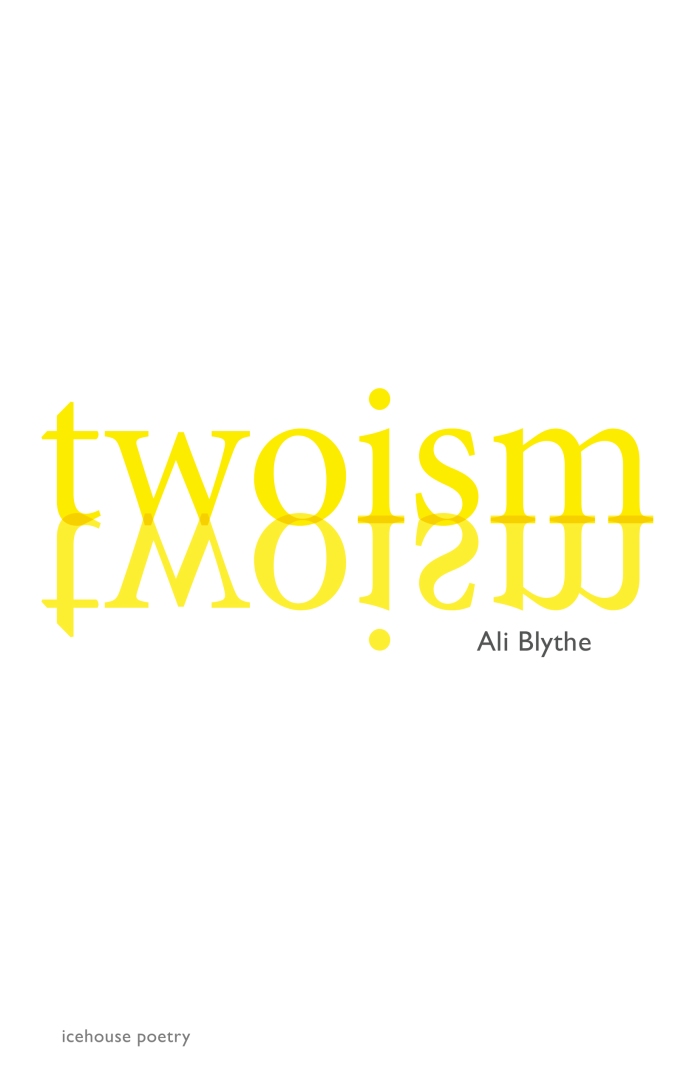 I wish I could float

you inside an empty

bottle and raise your

But one has to accept

the tense of a feeling.

You will never be

to exist on anything

but a diet of thin ice.

have the sense someone

is checking the time,

by a delicate gold chain.

You will have to drink

meds from a plastic

cup. Next, you won’t

When I started reading this, I thought it was a love poem, not an unreasonable first response when it opens with a simile about eyes. Even when Blythe undercuts the potential romanticism with “fresh / from a pounding,” I’m not sure where he’s going – it could be a brutal sexual reference, or a bit of tonal misdirection. But I’m also aware, as I’m sure you are, that when sea glass is sufficiently “pounded” it ends up smooth and almost soft to the touch, and its colour washes out. So after the first stanza, my imagination is holding these possibilities in suspension, waiting to see where the poem is headed.

The second stanza doesn’t exactly help, but rather introduces an even more elaborate metaphor: “I wish I could float / you inside an empty / bottle and raise your // many tiny sails.” It’s a wonderfully evocative image, but I’m still not sure what it signifies – something about how the speaker wishes he could open the addressee’s full potential? Then why the boat inside a bottle? Does the speaker think of his friend as constrained in some way? Or is this something about preservation? We’re going to find out in a second, but before Blythe clarifies it all, I want to pause a moment to appreciate how, by structuring the poem with these images – the sea glass and the bottle-boat – at the beginning, before the situation is explained, Blythe gives us a chance to bounce all sorts of possibilities in our minds first. For me, that’s a major pleasure, but these decisions also add to a mood of confusion, or of being off-balance, that hovers over the rest of the poem, even once the circumstances are made more clear.

Oh, and one more: what is the “tense of a feeling” that “one needs to accept”? Are all feelings only in the present tense? Can you have future feelings?

By the fourth stanza, then, a reader could be forgiven for being almost ready to give up on “Shattered” as too esoteric or self-referential, using imagery that only has meaning to the speaker. This is when Blythe pivots, at the exact centre, and things start to come rapidly into focus. Notice how flat and prosy the language of the next sentence is – “never be / well enough again / to exist…” almost sounds like a doctor’s awkward formality, the line breaks slowing us down even more, although the images from the first stanzas perhaps continue to leave a bit of a residual shimmer.

So now we know that the speaker is visiting a dying friend or loved one. Suddenly my understanding of the sea glass from the first stanza zeroes in on the faded colouring, and the “pounding” from that opening sentence seems to refer more to disease (or perhaps its treatment) than to any of the other possibilities I was toying with. The boat bottle might have something to do with suspending time rather than other kinds of entrapment. And the “tense of a feeling” – well, I’m still not 100% sure about that one, except that even grammatical “tense” is now painful to the speaker because he knows that his loved one has no future.

Once we’re on surer footing with regard to the “plot” of the poem, Blythe can go back to the image-making at which he excels. The speaker ventures into the mind of his companion, who senses those around her “checking the time.” The image resonates because the patient must be acutely aware of when her visitors are preparing to depart her bedside, but also of the more ominous ticking down of her own life’s clock.

By the way, I’m using a feminine pronoun for the patient and a masculine one for the speaker/visitor just for clarity – there’s no indication of gender or even of the exact relationship between the two figures. This kind of ambiguity works in a short poem, but for readers of fiction it can be a bit frustrating – we’re almost always aware, when reading a story, about the relationship between characters. But in a poem we sometimes only get “the tense of a feeling,” stripped down to its bare bones. Because Blythe doesn’t have time to explore the complications of the relationship here, he leaves it out. We only have images and impressions. (In fact other poems in twoism explore angles on loss that I believe are connected to this one, and that form a composite from which we can extrapolate a bit more, but that’s a subject for a different essay.)

As the poem makes its final turns, the sentences take on a parallel structure (You will … You will … You will…you won’t), but they also get shorter and shorter, with ominous connotations. Also, the flight of fancy with which our speaker enters into his friend’s imagination (time suspended from “nurse-clean clouds” by a “delicate gold chain” could be a medically-induced hallucination) quickly shrinks down to the narrowest of perspectives (“drink // meds from a plastic cup”) until at the close of the poem she vanishes altogether.

A clever grammatical move here is that these last four sentences are all in future tense – you will, you will – but they point toward a future that doesn’t contain the friend at all. The final reference to remembering is a painful act of separation – only the speaker will be able to look back at these moments he has described. His friend will be part of the past he is now remembering.

This realization is what connects the glass images at the opening of the poem to the circumstances the poem describes, and also to the title which unites them: “shattered” describes glass that can never be put together again, but “shattered” is also a feeling, in the irretrievable present tense. I return to the beginning of the poem as if revisiting the moment when the shattering begins.

One thought on “Ali Blythe, “Shattered””